Can Moors Slay The Dragons? 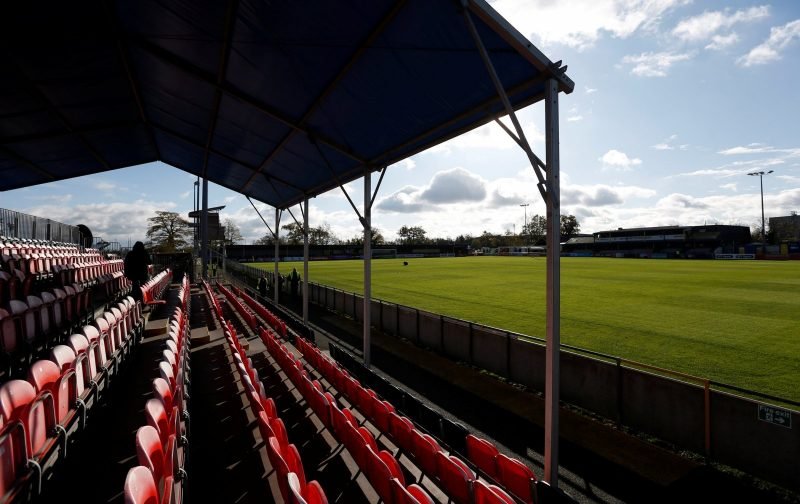 After opening up with three consecutive victories, the fixture list has been a little unkind with trips to Harrogate Town and AFC Fylde either side of a home tie against Sutton United.

Yet Moors remain 10th in the league table, have won 3 out of 6 and we have every right to be excited about our start to the campaign.

After giving sides in 2nd, 3rd and 5th arguably their toughest tests of the campaign, we take on the divisional leaders today in Wrexham.

The Dragons have won 4, drawn 2 and are averaging almost two goals per game in their opening six games. It’s also likely that Wrexham’s travelling support will outnumber that of the home crowd at the ATG today too.

A win today would likely put Moors back into the play-off spots. It’s early days, but that makes the first month of the season a successful one.

Tim Flowers is still unsure about the fitness of Kwame Thomas heading into the Bank Holiday Monday fixture with Wrexham.

He could bring Alex Gudger back into the starting XI, however, after the defender returned during Saturday’s defeat to Harrogate Town.

Luke Young returned to the Wrexham side on Saturday but Sam Ricketts has doubts over Paul Rutherford and James Jennings.

The last time Solihull Moors fans got to watch Mike Fondop-Talem, we were left giggling to ourselves as he was booked for diving and missed a sitter for Halifax Town. Since the start of this season, he has scored 5 in 6, including the winner on the opening day.

A horrible, cold evening made worse by the dullest of football matches. The Moors tried their best to open up a stubborn Wrexham defence but on this most freezing of evenings, nothing on the pitch could warm the cockles of The Moors fandom.

Simeon Lucas refereed in the National League last season and actually took charge of the meeting between the two sides when The Moors visited the Racecourse Ground last season.

He has refereed two games so far this season, taking charge of Harrogate Town and Bromley’s home fixtures with Barnet and Gateshead.