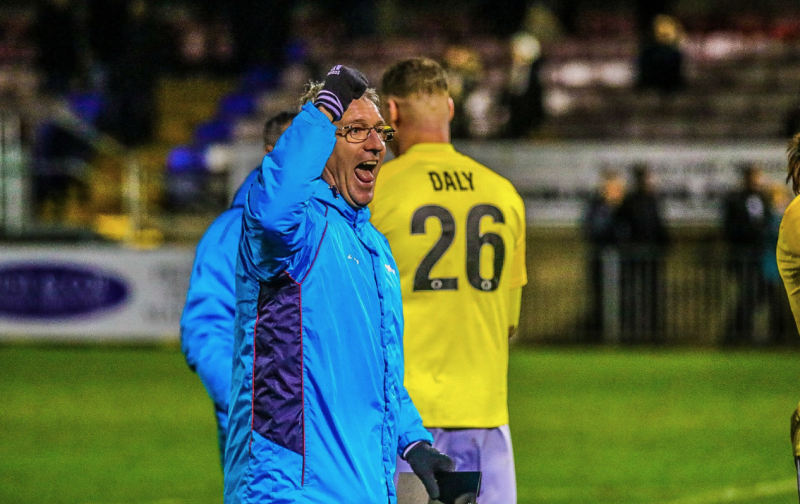 Working 9-5 is a nightmare during any international tournament.

I’m one of those people that likes to watch every single game. Forget the highlights, I want to see the game in its entirety, to see how every team is playing and which talents are emerging. The problem is that once I know the result, the spectacle, the surprise, the will to watch the game is lost. It’s like reading the full plot of a film before seeing it for yourself. And with games kicking off during working hours, I find myself doing everything to avoid the results of early kick-offs.

It means avoiding nearly everything. Avoiding or cancelling plans. Avoiding my favourite newspapers. Avoiding my favourite websites. I’ve kept my earphones in during the second half of my working day to avoid people who start talking about the live results. I’ve also avoided social media like the plague until I’ve caught up with the results. Notifications off. It’s a serious business and one that, for the most part, people have been happy to support me with.

The only Twitter notifications I’ve been receiving are the @VitalSMFC notifications for whenever Joel tweets on our page. One Tuesday, I’m eating lunch at work, disecting England’s performance against Tunisia. Lunch ends, I take a quick look at my phone to see I’ve received two notifications: 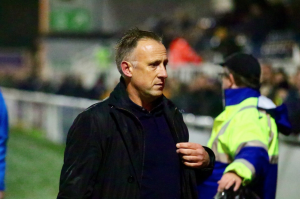 Mark Yates had gone. The man who stepped into the fray with Solihull Moors bottom of the National League table, six points adrift of safety. The man who added substance and style to a side seemingly dead and buried to take 43 points from his 27 matches in charge. If only the final 20 league games counted, we would have finished third.

Yates saw the squad at his disposal and found balance in the 4-3-3 system. Pace and power in attack, composure and tenacity in midfield, defensive solidity throughout the team. His team were capable of turning defeats into draws, draws into defeats. Players stepped into unfamiliar roles and gave it everything. The entire team did the dirty work admirably.

His signings were near-perfect. Max O’Leary defied his age with real maturity in goal, Tyrone Williams and Jamie Reckord solidified the backline, Kyle Storer was magnificent sitting in front of the back four while Jamey Osborne, Kwame Thomas and Adi Yussuf added quality and power in forward areas. Having received stick early on in the campaign, Fiacre Kelleher and Darren Carter became pivotal parts of a team united as one.

After a difficult beginning, the team appeared to forget what it was like to lose.

As the season ended, it was hard not to get excited by the endless possibilities the new campaign could bring. We had Mark Yates and a side full of genuine quality and leadership. The ambition was there, the funding has increased and challenging for a play-off spot certainly wasn’t out of the question.

Then Yates left and the enthusiasm completely drained away from me.

All of a sudden, reality hits you and the negative thinking begins. We had lost Fiacre Kelleher, Omari Sterling-James, Max O’Leary and Alex Reid following their loan spells. Paul Green led the exodus of players unable to commit to full-time football including fan favourite Kristian Green, a man who may have lost his place as a regular starter at the end of last season but whose versatility and determination was evident in every game he played. Chris Lait and James Bowen had also departed.

In fact, at the time of Yates’ departure, I think I’m correct in saying that only five players were contracted for the new season: Tyrone Williams, Kyle Storer, Jamey Osborne, Adi Yussuf and Kwame Thomas. And could we keep hold of all of them after their performances last season?

I started asking several questions, occasionally bombarding Joel for answers. Who’s going to take charge of the team now? Can we bring in somebody as good as Mark Yates? If not, how are we going to persuade the same quality of players to join? Will we get desperate in the transfer market and leave the team in disarray? Will the new manager come in and rip all of the good things about the side apart? Will we keep hold of the likes of Jamie Reckord, Darren Carter and Liam Daly? 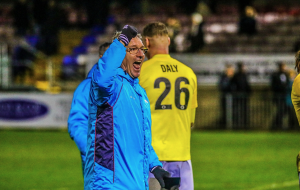 Thankfully, the club were decisive and within days, Tim Flowers was announced as manager.

My first thought stemmed back to Darren Carter’s Captain’s Log back in March in which he explained the role of the then assistant manager and how he was the man who organised the team’s defensive shape, ensuring everybody knew their roles and responsibilities, particularly from set-pieces. Carter said that he helps get the message across clearly and the players brought into it.

Immediately, the whole arrangement felt better. While we were losing Yates, we were promoting his number 2, an ex-England goalkeeper and former Premier League Champion who already has the respect of his players and has showcased his abilities on the coaching field. Not to mention being a fan favourite. It also says a lot about Flowers that since his appointment, Liam Daly, Darren Carter, Jermaine Hylton and George Carline have re-signed for the upcoming campaign.

The major question now is whether Flowers can turn his qualities on the training field and the aura he has from his playing days into being a successful number one. Is Flowers capable of being an intuitive, charismatic leader and can he continue to unite a squad whose togetherness shone through in the second half of the campaign? And how will he react if results and performances dip?

Flowers has incredible experience following his playing days but management is a different ball game. This is a huge test and we have to continue supporting him.

Gary Whild remains on board as assistant manager while another friendly face has returned in the form of Nathan Vaughan, a man whose permanent smile can only be a good thing for morale. 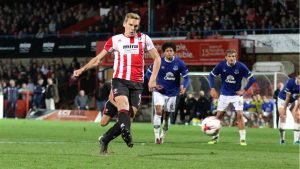 A couple of weeks on from writing most of the above, the squad is slowly beginning to take shape. Joining Williams, Daly, Storer, Osborne, Carter, Carline, Yussuf, Thomas and Hylton are four new signings. Young goalkeeper Ryan Boot is young but has played plenty of football out on loan in non-league while Alex Gudger has enjoyed two fantastic seasons with Brackley Town. Luke Maxwell is a sizeable figure in midfield and the experienced Danny Wright should be a fine foil for his fellow forwards.

Our pre-season gets underway against recently-relegated Tamworth tonight, just under a month before we kick off our National League campaign away at Eastleigh. Further additions will be made between now and then with Flowers clearly looking to build upon the qualities that made us such a force in the second half of last season.

With the World Cup nearing its close, we can finally start to look forward to another bonkers year in the top level of non-league football.

Expectations remain low but ambition is high in Solihull. Here’s hoping for a memorable campaign.