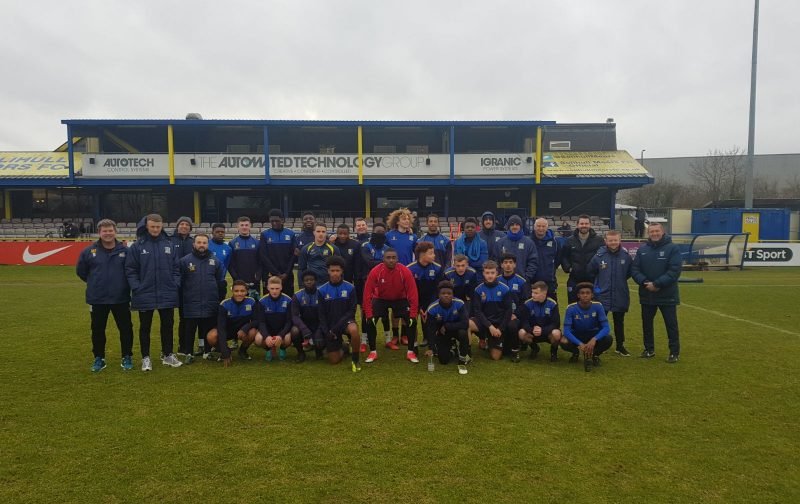 The 18-year-old has been training with the first-team over pre-season and also appeared as a substitute in the Moors’ 3-0 win over Tamworth last week.

Barkers appeared 14 times for Moors Academy in the Midlands Football League Division Two last season and a further three times in the National League Under-19 Alliance.

“Dylan has acquitted himself really well and caught the eye. He is just 18 years old, 6ft 4” tall and has been with us for a year.

“The plan will be to get him out on loan as soon as he is back from a slight knee injury.”

The signing of Barkers to first-team forms continues an encouraging trend of Moors Academy youngsters being given opportunities in and around the Solihull Moors first-team.

Tyrese Shade, Marshall Willock, Jamie Chisholm and Josh Endall were all given first-team debuts while part of the Moors Academy and have since moved on to Football League clubs, while Callum Coyle has been part of Solihull Moors’ first-team squad in the National League numerous times.

More recently Reiss McNally and Mikkel Hirst have been around the Moors first-team and have appeared for Tim Flowers’ side in every pre-season friendly so far, with McNally even scoring in the Moors’ 5-0 win away at Evesham United.

In other news, Solihull Moors have also confirmed that Moors Academy defender Danny Lupano is currently on trial with Birmingham City.

The young centre-back is training with the Blues’ Under-23 squad and even travelled with them for their pre-season training camp in Austria.