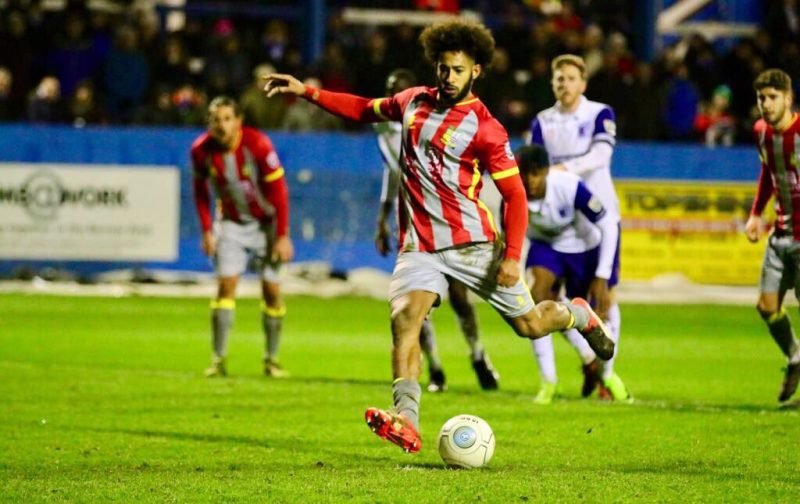 Solihull Moors return to the scene of arguably their most important ever victory.

That win at Barrow was the start of a 19 game run that would end with our survival at Tranmere Rovers, a run that saw Mark Yates’ Solihull Moors win 10, draw 7 and lost just twice. And it all started with that comeback victory.

Both sides were expected to struggle again this season but The Moors have pushed the doom and gloom to win four of their opening seven matches. As August ends, Moors sit 7th.

The squad is getting stronger too. Corey O’Keeffe has improved the squad having joined on loan while Kwame Thomas should re-join Alex Gudger having largely missed out since the opening day.

Barrow haven’t started too badly themselves. Ian Evatt has taken over a side that survived on the final day of the season and has since cut the budget over the course of the summer.

It means Evatt has signed a few players from the lower divisions but in Jack Hindle and Norwich City youngster Tyler Smith, he appears to have found gems.

Barrow, like Moors, are unbeaten at home so far including an impressive 3-2 victory over promotion favourites Chesterfield.

Another tough and tight fixture awaits but this squad is capable of beating any side in this division.

Tim Flowers expects Kwame Thomas to be available again after injury. The forward has endured a frustrating opening month to the season due to concussion on the opening day.

Otherwise, it’s unlikely that a change will be made following the superb performance on Bank Holiday Monday.

It’s difficult predicting how lower league players will fare in the National League but Jack Hindle has started like a house on fire, bagging four goals in his first seven matches and guiding Barrow into a mid-table position. His opening day brace against Havant and Waterlooville set him up nicely for the new campaign.

A win would cut the gap to 9 points, a defeat would leave us 15 points adrift of safety. Solihull Moors’ have never been in bigger need of a victory. If we had any chance at survival, the run had to start at Barrow on a cold December afternoon. We went 1-0 down but Darren Carter stepped up like the captain he was to fire us level before Jamie Reckord’s penalty secured the three points. The rest, as they say, is history.