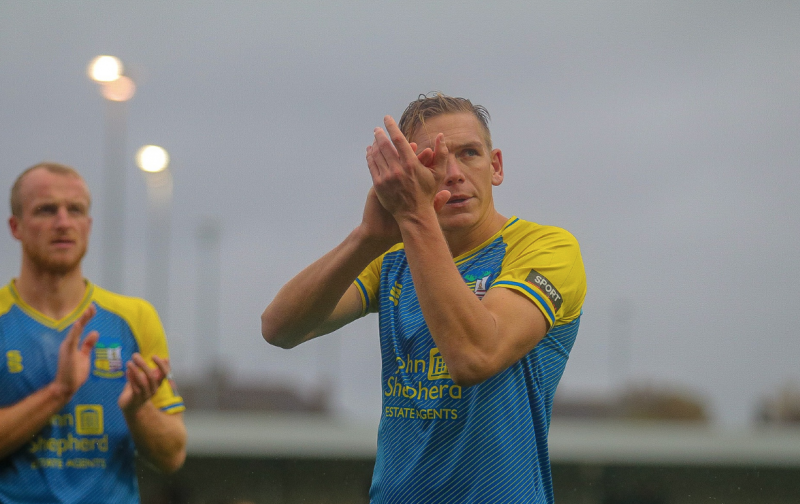 It was the brilliance of Moors’ number one Ryan Boot which kept the scoreline level going into half-time despite Barnet registering many more shots, with debutant Manny Duku proving especially efficient at troubling Solihull’s defence.

Though Ryan Boot continued his stellar performance going into the second half, it seemed an inevitability that sooner or later Banet’s onslaught of shots would eventually prove effective.

After 14 minutes of second-half football, Barnet forward Wesley Fonguck hit home with a tapped-in shot, his third of the season, and Moors’ first goal conceded in 452 minutes of Vanarama National League football.

Though the Bees dominance of the game was never in doubt, moors did have a number of chances to beat Mark Cousins in the Barnet goal, the best being an Aid Yussuf effort which was required to be tipped over by the Barnet stopper.

Barnet sealed the result in the last minute of the game, with s Jack Barham cutback meeting the foot of Fonguck, who fired home for his second of the game.

With 15 games of the season gone. Tim Flowers’ side find themselves in fifth place in the National League, having racked up 28 points, a far cry from this point of last season, when the Moors’ were rooted to the foot of the division.