Moors welcome the visit of out of form Bromley 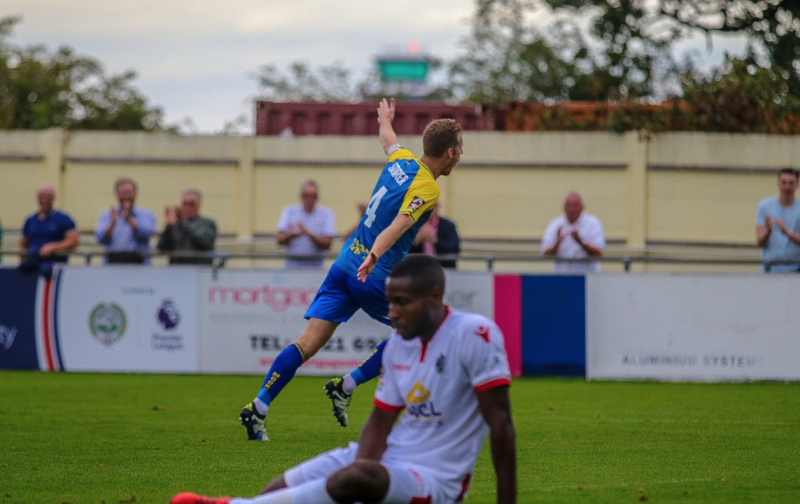 The Moors welcome Bromley to the ATG on Saturday afternoon after starting the season in brilliant fashion, winning 6 of their 11 games to see them hold a very respectable 9th place in the Vanarama National League Table.

Solihull bounced back from defeat last week with a 2-0 win away to Dover which will have been sure to breathe fresh life into Tim Flowers’ side who recently suffered a rare home defeat to Hartlepool.

All in all the Moors should be going into this encounter with confidence given their good form and Bromley having not won in 4 games, however, being the National League, the two teams’ form could prove inaccurate for predicting the result.

In 4 games in the National League, we have a good record against Bromley having won 3 and lost 1, with the most recent game being a 2-0 win for the Moors.

Bromley had their best league finish last season ending up adorning 9th place in the table of the National League, on top of this they got to the final of the Buildbase FA Trophy, losing on penalties to Brackley Town in their most successful season in recent history.

Jamie Reckord served his suspension last week and is back in contention for a place, however, Luke Maxwell is a major doubt having picked up an injury against Dover.

The One to Watch

Omar Bugiel first linked up with Bromley on loan for the latter half of last season scoring 6 goals in 22 appearances, one of which was in last season’s Buildbase FA Trophy Final in front of a crowd of over 30,000.

He has recently hit another landmark by earning a senior cap for Lebanon and scoring on his international debut, a 1-0 win vs Jordan.

Moors will have to be wary of Bromley’s new international star’s attacking prowess come Saturday.