Reckord signs up for the new season 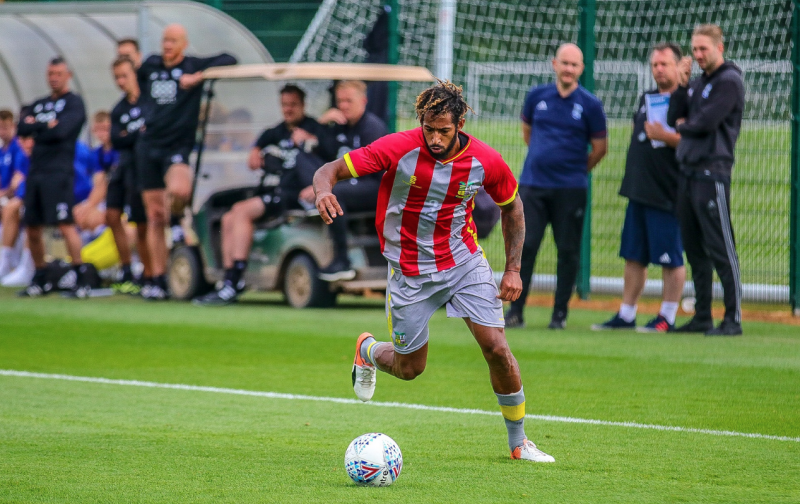 Solihull Moors have confirmed that defender Jamie Reckord has signed a new deal with the club for the 2018/19 season.

Reckord joined the Moors on a short-term deal last December, as one of former boss Mark Yates’ first signings.

The 26-year-old went onto make 20 appearances for the club, scoring one goal, before injury curtailed his season at the beginning of April, with his initial deal finishing at the end of the campaign.

After recovering from his injury, Reckord has been able to re-join the Moors squad as part of their pre-season training, as well as being able to play 90 minutes in a 2-0 win for Tim Flowers’ side against Birmingham City’s Under-23s yesterday.

And the left-back has now agreed terms on a new deal that will keep him with the club for the upcoming season.