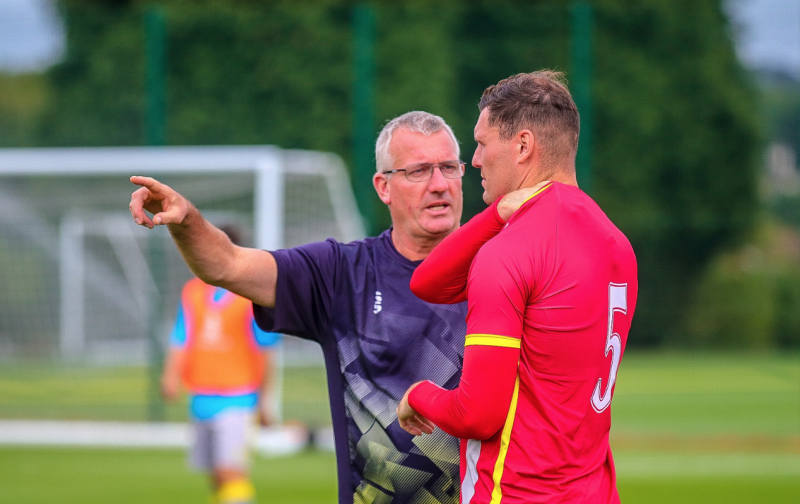 Solihull Moors manager Tim Flowers was pleased with the Moors’ 2-0 win against Birmingham City’s Under-23s and while he thinks his side have more to do ahead of the start of the new season, they are heading in the right direction.

An own goal from Blues’ Joe Redmond and a first pre-season goal for Adi Yussuf were enough to seal a solid win for the Moors and Flowers believed his side did all the right things against a very youthful Birmingham City side.

“I was pleased, it’s a clean sheet and to be fair, Birmingham were fairly young,” the Moors boss told the club’s official website.

“I thought they stood up to the physical test well for young lads.

“We played with a lot of energy and spirit. We got it forward quickly and got on the second balls, we won a lot of set plays and restarts.

“We managed to keep our shape quite well and I don’t remember Booty (Ryan Boot) making a save, although his starting positions were good, his communication and distribution was good.

Full-back Jamie Reckord made his return to the Solihull Moors line-up against the Blues’ development squad, featuring in a Moors shirt for the first time since the beginning of April.

While Flowers didn’t confirm whether Reckord has signed on for the new season, he was pleased to see the former Oldham Athletic defender get a full 90 minutes in the match and is pleased with the growing fitness of his squad. Although, Flowers did admit there’s more work to be done on his side’s shape and patterns.

“Jamie Reckord came in and played 90 – that will certainly be his first 90 in pre-season.

“One or two others had some minutes into their legs. Liam (Daly) played a little bit longer and Adi Yussuf as well – both of them had missed a bit of training.

“Darren Carter completed 90 minutes and looked as though he could play another 90!

“Fitness-wise the lads have been working really hard so I’m pleased with that. Have we got more to come team-wise, shape-wise, pattern-wise? Yes we have. We’re still two-and-a-half weeks away yet.”

Overall, the Solihull Moors boss was pleased with the outing for his side, but is firmly looking a ways his players can improve ahead of the new campaign.

“It was played on a beautiful surface which our lads aren’t used to be fair, I think they enjoyed that.

“Half of them are Blues fans anyway so I think they were looking to swap shirts! It was good, I enjoyed it and we’re another step closer to Eastleigh.

“Our front three have got a bit of license to try and make things happen. Our physicality and attitude was good and we have to keep improving.”